Disclosure: For some items linked below, this site may receive compensation if you purchase using these links. 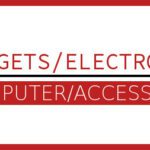 If your WordPress category page links stop working, it may be due to the WordPress SEO plugin’s “strip the category base” feature. Here’s a workaround.

Starting from Skype 4.2, it is now possible to make Skype HD video calls at 720p HD quality (1280×720 resolution at up to 30 frames per second). Skype had announced this HD video calling feature back in January, 2010, but only recently has a wider variety of HD webcams become available. Shown here is what is needed to make HD video calls over Skype, including details on several HD webcams (from Logitech, FreeTalk, faceVsion, and Microsoft).

In Windows 10, it may happen at some point, that you can’t set the default browser correctly (Chrome, Firefox, etc). Here is one possible solution to get your system to remember your default browser choice, if you are having this problem.